Project Community began in 1985 as the Nurses Network of America, when a small group of nurses partnered with their community to provide healthcare knowledge – rather than healthcare directions. Today, our board, staff and volunteers come from across many communities, and we are expanding to serve even more people – in New York State and beyond. 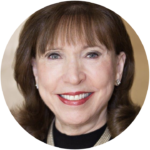 Anne DuVal Frost, Ph.D., R.N., Founder and President, has been a resident of Pelham for over 45 years. She earned a Bachelor of Science from the University of Virginia and an M.A. and a Ph.D. from NYU. Dr. Frost has held nursing positions in acute care as well as nursing education. She has a private practice in child/adolescent and adult psychotherapy.

Dr. Frost was selected for three terms as a “Distinguished Speaker” for Sigma Theta Tau, The International Honor Society for Nursing. She has published articles on political action, social marketing and community-based health promotion. Dr. Frost was an independent producer and moderator for “Healthstyles” for the New York State Nurses Association on WBAI FM radio. 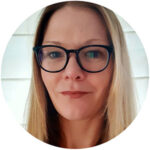 Katherine (Kate) Rogers Dammerman is a member of Project Community’s Board of Directors. A proud mom to two young girls, Kate is also a Policy Advisor on Global Health at the United Nations Foundation. Previously, Kate spent over a decade with UNICEF, serving women and children around the world. She has also worked at the World Bank and the School for African Studies at the University of Oxford (UK).

After moving to Pelham three years ago, with two small daughters in tow, Kate was keen to apply her professional experience within her family’s own new hometown. The opportunity arrived when she learned of the tremendous work of Project Community and its highly credentialed leadership. Joining Project Community and helping to serve its incredible mandate has deepened Kate‘s personal investment in bolstering the care and support available to the children of Pelham and the surrounding communities they strive to serve. 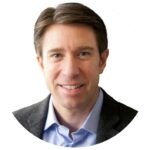 David graduated with a degree in history from Princeton University and then spent 20 years on Wall Street. He was an Executive Director at Morgan Stanley and Portfolio Manager at New Mountain Capital. He is currently a Managing Director and head of Executive Coaching at fassforward Consulting Group, and, along with his wife Carolyn, is the founder/owner of Balance Yoga & Wellness.

David is the proud father of four, and the newest family addition – Coco the dog. He is also grateful to be part of such a wonderful organization that has had an impact on so many lives over its 35+ years, and looks forward to the next 35+ years!